Faith Leaders at Christ the King 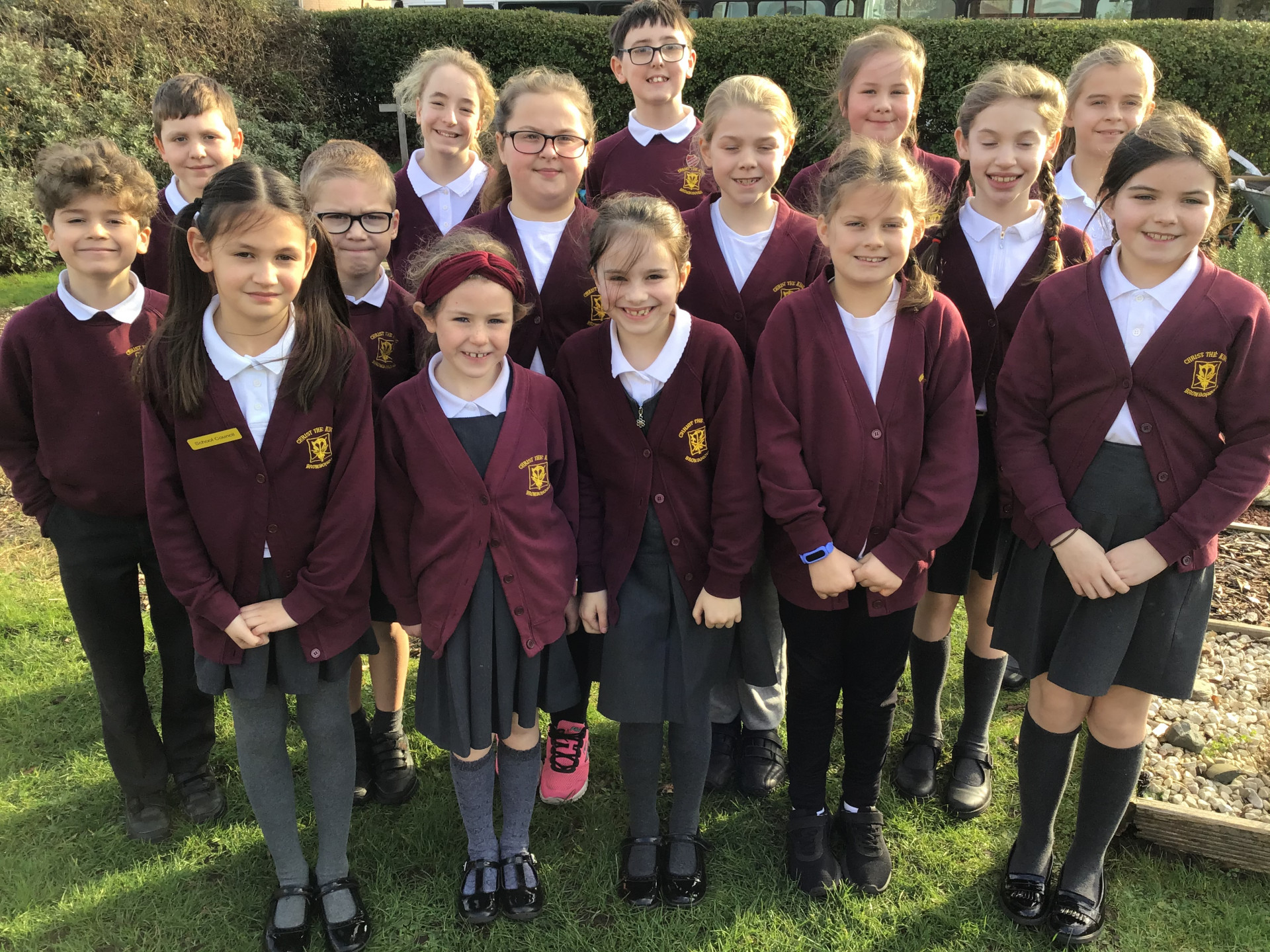 Our Faith Leaders  are pleased to be able to meet again this year. Four more Year 3 Faith Leaders were appointed and joined our team. We have recently been discussing the importance of Catholic Life and what it means to be part of a Catholic School. With this in mind, they have planned to lead an assembly for the rest of the school to explain the importance of living out our vocations. They have also put together a questionnaire for the rest of the school to evaluate how well they think we are doing as a school. The group have discussed ideas for helping refugees as well as thinking about the role of St Joseph and then thought about how this can be shared with the rest of the school.

Currently, the children are busy preparing for before school Lenten prayer sessions as well as a Mass for peace for all those in Ukraine.

Despite being an unusual year, we have continued to meet socially distanced outside and the children have come up with some great ideas. We appointed new Year 3 Faith Leaders who were eager to join the group and share thir thoughts. Following on from Mrs Procter's challenge about creating a school prayer, the children gathered ideas from their classmates and put them together to create one. Then they asked children to create a design to go with the prayer so that we can get it printed. There was an overwhelming response to the competition and it was really hard to choose but Elsie Wootten was the winner. Well done.   The children met outdoors in the school prayer garden as often as they could during restrictions but it wasn't as easy to arrange events this year. They look forward to putting some more of their ideas into action next year.

Our newly appointed Faith Leaders were recruited from each Key Stage 2 class. During the first meeting they discussed future ideas for their role. Their first task was to organise a competition for all children to design a logo for the parish council to use in Church. They spoke to members of their classes, collected them in and put forward their favourite designs to the council. Well done to Finlay Dooris, Orlagh Patten, Grace Marriott, Joshua Hughes Ikpoh, Kieran Holmes and Jasper Crosby.

The parishioners were extremely impressed with the quality and creative of the designs and found it really hard to choose between them. They commended all the children for their efforts. Jasper was the lucky winner and the design will shortly be able to be seen on all church publications. Well done!

During Advent, the Faith Leaders helped put together some prayer bags for our Foundation and Key Stage 1 children to take home to share the Christmas Story with their families and say some prayers for those people who are not as fortunate as us at this time of year.

Our Year 3 and Year 5 members led a morning prayer session before school on the theme of trust during Advent. They planned and organised it themselves and spoke to other children about attending. It was a beautiful start to our day and the children did a great job.

Following on from this, children from Year 4 and Year 6 led another morning prayer session on the theme of gifts. Again, this group planned and organised it themselves. It was very well attended by children from both key stages.

After Christmas, the group joined with the Mini Vinnies group to discuss ideas for a new kindness initiative at Christ the King. They placed a bid for a grant to help them set it up but are still waiting to hear.

As part of the Year of the Word, the Faith Leaders have asked for donations of religious story books and Bibles for them to share with younger children during playtimes. They are looking forward to being Bible Buddies and sharing important messages together.

Just before we closed, the children were preparing to advertise a competition to write a new school prayer. Mrs Procter has now asked children to do this as part of their work from home.

As you can see, the children have been working very hard and have been a real credit to the school. Well done everyone!